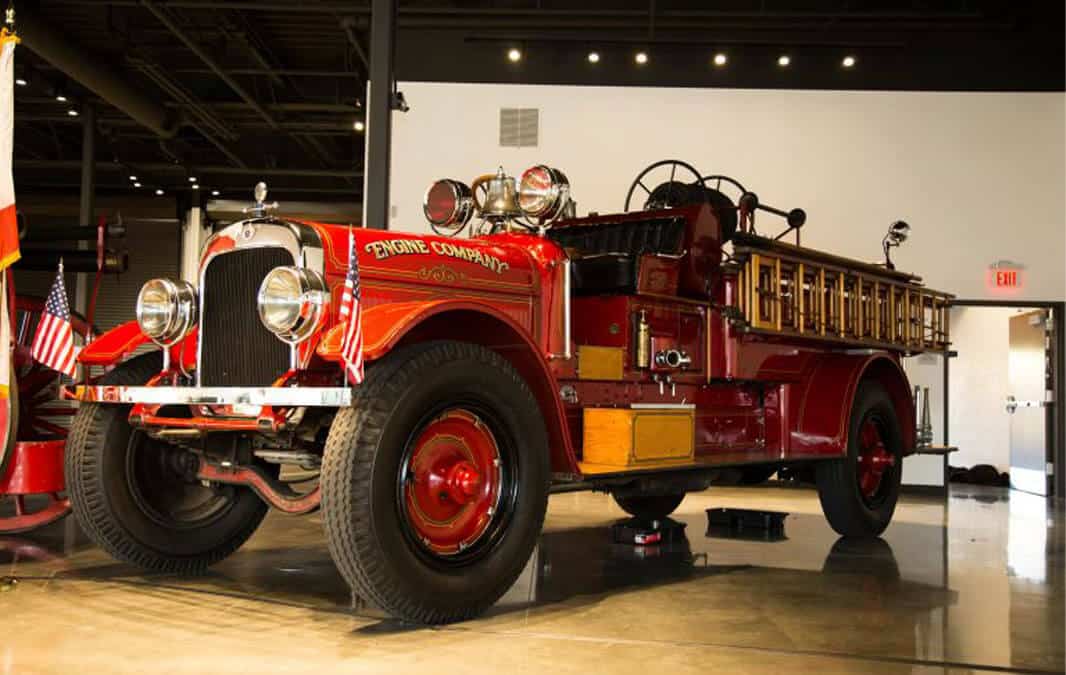 In California, we’ve had ample reason to appreciate our firefighters in recent months and years. In 2020, over 18,500 firefighters worked against the wildfires ravaging the state. Who knows where we would be without them?

Firefighters and other first responders put their lives on the line every day to protect everyday citizens. In Bellflower, California, a monument to not only these people but also the tools of the trade has become a popular destination for many visitors. Let’s take a look at what makes The Los Angeles County Fire Museum such a “hot” spot.

The Los Angeles County Fire Department was created in 1923, after then-County Forester and Fire Warden Stuart Flintham petitioned for a regional system of fire prevention and suppression in the still-growing area of Los Angeles. His work changed state laws and developed 28 fire districts in the county by 1924.

Two LA County firefighters started what would eventually become the County of Los Angeles Fire Museum Association in the mid-1970s, and a decade later, the museum was formally organized as a 501(c)(3) nonprofit corporation under the state of California.

In 2018, the city of Bellflower partnered with the LA County Fire Museum Association, providing the bottom floor of the Mayne Events Center to house the museum showcase, and an auto body shop was purchased and converted into “The Shop,” which handles restoration work on the museum’s fleet of vehicles.

The Los Angeles County Fire Department collaborated with Hollywood in 1972 on the television series Emergency!, which focused on two LA County firefighter paramedics. With the help of the actual LA County Fire Department, the show was able to capture the culture of the organization. When Emergency! first began broadcasting, there were only 12 paramedic rescue units in the entire United States. By the time it ended, that number had grown exponentially, with one unit no more than 10 minutes away from every person in the country at the time, according to retired Battalion Chief James O. Page.

When the Los Angeles County Fire Museum opened in Bellflower, California, one of the first donated pieces was Squad 51, one of the Dodge D-300 trucks used in the filming of the series. A 50th anniversary celebration of Emergency! is currently scheduled to take place at the museum in January of 2022.

The Los Angeles County Fire Museum in Bellflower has more than 40 fire engines dating as far back as the 1860s. Along with the fleet of vehicles, it also features gear, such as uniforms, apparatuses, helmets, badges, and photographs. The artifacts featured at the museum can be viewed in person Wednesday through Saturday, but a virtual tour is also available online.

Our state relies on firefighters more than we realize. The next time you find yourself in Bellflower, California, pay a visit to the Los Angeles County Fire Museum to learn more about the brave people who have protected the area for nearly 100 years. And if you’re searching for a new apartment in the area, the professionals at Sherwood Apartment Homes would love to help. Contact us today for more information.